Floaters are an eye condition that can be an annoyance and may even be frightening. Floaters may appear as tiny specks or “cobwebs” or as small dark shadows, “thread-like” strands, or even “squiggly” lines that actually float around in your field of vision. They tend to move as your eyes move, but not necessarily in the same direction, and often just drift away when your eyes stop moving. 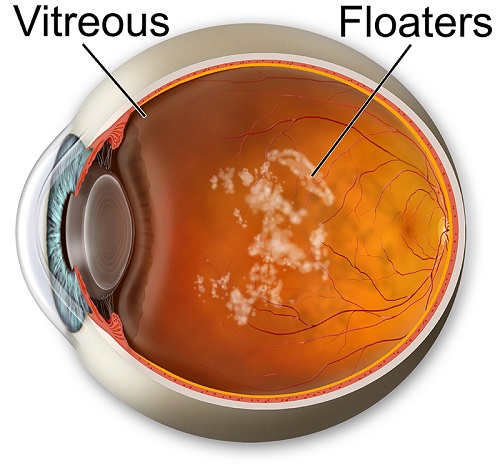 Generally, floaters are a normal and expected consequence of the aging process of your eyes. In most cases, if left alone, they will “settle” and no longer be annoying. Most patients can simply ignore their presence unless they become greater in number or prominence. Eye doctors usually tell patients to tolerate floaters as they typically settle and become less noticeable, and surgical treatment with a procedure called Vitrectomy carried greater risks than were acceptable. Now, with Laser Floater Treatment patients who are bothered by floaters can have a safe and effective in-office treatment option.

Occasionally, a small section of the Vitreous gel may pull away from the retina all at once instead of slowly and gradually, resulting in a noticeable and sudden increase in the number of floaters that you see and can be frightening. This is called a Posterior Vitreous Detachment (PVD) and is NOT sight-threatening. 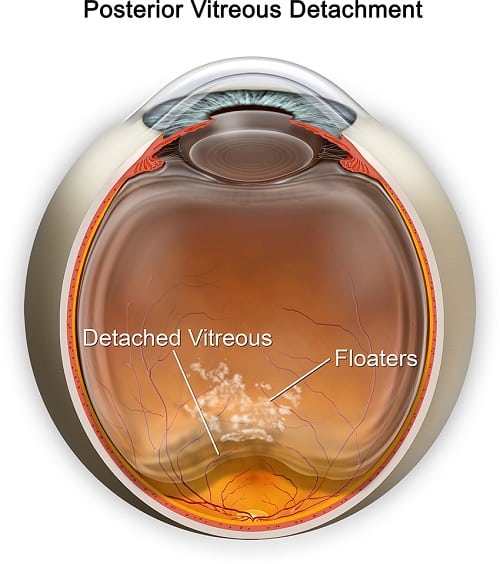 On rare occasions, the development of floaters can be associated with the development of a retina tear or detachment which requires surgical intervention. This is why new onset floaters should be evaluated by your doctor as soon as possible. However, if light flashes or distortion or a decrease in your side vision accompanies it, it could be a Retinal Detachment, which is a sight-threatening medical emergency. If you experience any of these symptoms you should call Mitchell & Morin Eye Institute and tell the receptionist or doctor on call that you need an appointment immediately.